Crazy Taxi is a series of taxi games created by Hitmaker and Sega.

Series creator Kenji Kanno wanted to create a game that rewarded players for being better at it, and thus included a time extension mechanic that encouraged players to play for as long as they could rather than the standard '100 yen for 3 minutes' gameplay that was the standard at the time.

In Crazy Taxi, the player assumes the role of a taxi driver, who must deliver passengers to their destinations as fast as possible whilst making as much money as possible.

The player is awarded more money for faster drop offs and over larger distances, making use of some creative shortcuts to get the passengers there in under the expected time. More money is also awarded for performing actions known as 'Crazy Stunts' which includes using ramps, using the Crazy Dash and Crazy Drift abilities and driving as close as possible to other vehicles on the road without crashing.

Crazy Taxi Tycoon has a considerably different gameplay style however, being an endless business management and idle clicker style game.

The early games are known for their hard rock and punk rock soundtracks provided by The Offspring and Bad Religion as well as use of in game advertising by making some of the destinations real life franchises such as Pizza Hut and Kentucky Fried Chicken, and were a rare case of product placement being recieved well by players due to making the game feel more 'real'. Subsequent remakes had to remove both the original soundtrack and product placement establishments due to licensing issues however. 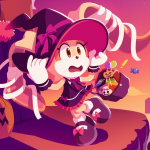